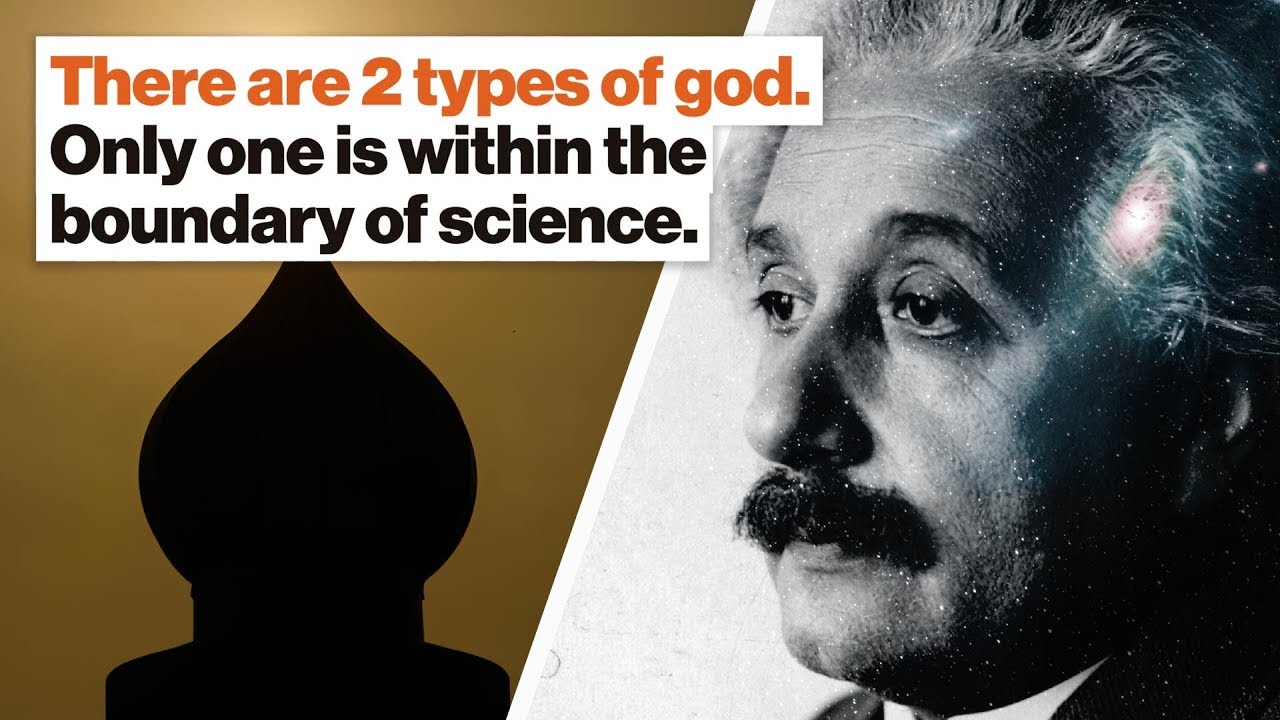 Albert Einstein believed in the “god of Spinoza” — not a personal god, but one who has set order and harmony in the fabric of the universe. “You can put the laws of physics as we know them on a simple sheet of paper — amazing! It didn’t have to be that way,” says Kaku.

The existence of God is not testable because such a review is not reproducible or falsifiable, as most scientific investigations are. In this sense, Kaku says the question and answer whether God exists rests outside the “normal” boundaries of science.
———————————————————————————-
MICHIO KAKU

Dr. Michio Kaku is the co-founder of string field theory, and is one of the most widely recognized scientists in the world today. He has written 4 New York Times Best Sellers, is the science correspondent for CBS This Morning and has hosted numerous science specials for BBC-TV, the Discovery/Science Channel. His radio show broadcasts to 100 radio stations every week. Dr. Kaku holds the Henry Semat Chair and Professorship in theoretical physics at the City College of New York (CUNY), where he has taught for over 25 years. He has also been a visiting professor at the Institute for Advanced Study at Princeton, as well as New York University (NYU).
———————————————————————————-
TRANSCRIPT:

MICHIO KAKU: Well, when you talk about religion, I like to quote from Galileo. Galileo said, the purpose of science is to determine how the heavens go. The purpose of religion is to determine how to go to heaven. So in other words, science is about natural law. It’s about the laws of nature. While religion is about ethics, about how to go to heaven, how to be a good person, how to earn the favor of God. So you see, as long as you keep these two separate, there’s no problem at all. The problem occurs when people from the natural sciences begin to pontificate upon ethics and when religious people begin to pontificate about natural law. That’s where we get into trouble. Now, the boundary of the two, the question arises. Can you prove the existence of God? Well, first of all, let’s be clear about this.

There are two kinds of God. Einstein was very clear about this, two kinds of God. The first God is a personal god, the God that you pray to, the God that gives you your bicycle for Christmas, the God that smites the Philistines and destroys your enemies. That’s the personal God. Einstein did not believe that the God of the universe created us just so you can get that wagon for a Christmas present. You see, Einstein believed in another god, the god of Spinoza, the god of liveness, the god of order, harmony. The universe could have been random. It could have been chaotic. It could have been messy. But the universe is actually quite elegant, quite simple, and in fact, is gorgeous. You can put the laws of physics as we know them on a simple sheet of paper amazing. It didn’t have to be that way.

Therefore, you ask the question, is the existence of God provable? Well, what is science? Science is based on things that are testable, reproducible, and falsifiable. But you see, the existence of God is not testable. It’s not reproducible. We cannot reproduce God at will. You cannot put an angel inside a box and demand that miracles take place. It doesn’t work that way. That’s why religion is based on faith rather than things that are objectively testable, falsifiable, and reproducible. Now, that doesn’t mean that God doesn’t exist. I don’t know. I don’t know if God exists or not. All I’m saying is that science is limited by looking at what is testable, reproducible, and falsifiable. There are areas where you push the boundaries of that, like the Big Bang.